Social science approaches to research differ from epidemiological approaches in a number of ways. Whilst epidemiological approaches are deductive (that is, typically starting with a hypothesis to be proven or disproven) quantitative, social science methodologies may typically be inductive (beginning with an observation that may result in a hypothesis being created), and qualitative. The two approaches are still regarded by many researchers as incompatible means for knowledge construction (Teddlie & Tashakkori, 2003).

Both approaches align with the scientific method: methodologies are explained so that studies may be understood and replicated by others, results are presented clearly, and conclusions are stated. The two approaches could be considered complementary to each other, each providing the foundation for further research and generation or confirmation of hypotheses as in figure 1 below. 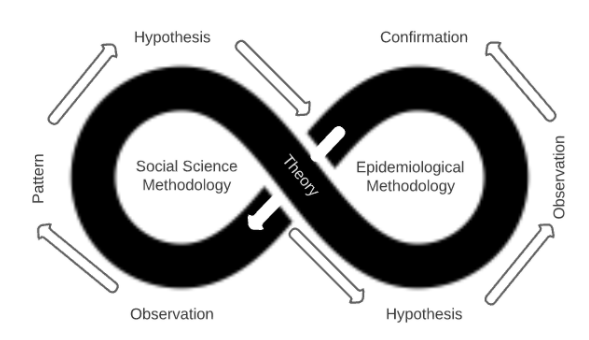 Figure 1: The complementary nature of Social Science and Epidemiological Methodologies.

The 2013-2015 ebola outbreak in Sierra Leone presented urgent clinical and epidemiological challenges, whilst cultural, sociological and political aspects complicated and compounded the situation.

Park et al (2015) analysed sequences from 232 patients in Sierra Leone, along with 86 previously released genomes from earlier in the epidemic, in order to establish whether the virus was being transmitted inter or intra-country. The study took 7 months to complete and provided strong evidence showing that ebola transmission was primarily within-country, not between-country. This provided decision makers with actionable rationale for controlling the movement of people; however it did so only after a full 7 months, by which time over 9,430 cases had been reported (CDC 2017 data).

Ebola is transmitted via bodily fluids including blood, faeces and vomit. The cause of death includes hemorrhaging from orifices and the skin, and as a result, the corpses of ebola victims are highly infectious. In Sierra Leone, washing a corpse prior to burial and touching a corpse during a funeral are common and important elements of local funeral traditions (Richards et al, 2015). Therefore, it was important to quickly understand how to reduce the ebola infection rates related to funerals and burials, and how safe medical burials may be encouraged through understanding local beliefs and practices.

Lee-Kwan et al (2017) carried out a rapid qualitative assessment using focus group discussions that explored community knowledge, attitudes, and practices towards safe and dignified burials in seven chiefdoms in Bo District, Sierra Leone. The study took place over the week of October 20th, 2014, and identified perceived barriers to accepting safe burials that were then used to inform emergency response teams with the goal of reducing transmission of the disease. In less than a month, this data was accessible by aid workers and humanitarian agencies who were able to improve the way they worked with affected communities and slow the spread of the disease.

These examples show that whilst an epidemiological approach provided valuable, precise, and reliable confirmatory data regarding the spread of ebola, a social science approach provided rapid, actionable information that could be used to slow the spread.

Social science methodologies that use qualitative assessments, despite a potential for lower reliability and validity, can generate rapid and actionable insights. This is where the RAR (Rapid Assessment and Response) emerges. RAR is not a single method but a collection of largely qualitative tools, such as interview guidelines and surveys, designed for a particular public health issue. RARs utilise the strengths of social science methodologies such as highly contextual, informal and rapid data gathering to identify existing resources and opportunities for intervention, and help plan, develop and implement interventions and programmes. (Boyce et al, 2004). The goal of a RAR is “to accumulate just enough information to be able to assess whether a particular problem is occurring and how this may be resolved.” (McKeganey, 2000). RARs, and other social science approaches, possess strengths in being able to utilise local expertise, tools and resources which improves cost-effectiveness and provides training for the local community to mitigate health risks. Additional RAR guides are available specifically for use in other health issues, such as working with vulnerable young people (Malcolm & Aggleton, 2004).

Some practitioners and policymakers may see qualitative research, RARs in particular, as weaker in validity than quantitative methods, though it should be seen as an indicator reliable enough to start effective health promotion interventions. (Trautmann & Burrows, 1999)

Not only can social science methodologies provide more rapid data and actionable outcomes, but these types of research methods have an unrivalled capacity to constitute compelling arguments about how things work in particular contexts. (Mason, 2002) Social science methodologies can “explore the perspectives, experiences, relationships and decision-making processes of human actors within health systems, and in so doing, help uncover and explain the impact of vital but difficult-to-measure issues such as power, culture and norms” (Topp et al, 2018).

However, in the power of highly specific context resides a weakness: quantitative evidence possesses less validity in different contexts to the original study, thus it is more difficult to transpose findings into different contexts. It is also more difficult to control for a variety of biases such as recallability or framing, with such methodologies.

Combining social science and epidemiological methods can be powerful. A mixed-method approach can provide the means to more accurately target qualitative research studies. For example, Wilson et al (2016), used an epidemiological approach to analyse cell phone data to rapidly identify population displacement from affected areas in Nepal after the 2015 earthquake. This quantitative data was used to direct, triangulate and strengthen the findings of immediate aid and further qualitative studies.

The essential rationale of the mixed methods approach is that through a multidisciplinary approach that combines qualitative and quantitative methods, one can utilise their respective strengths and escape their respective weaknesses (Tashakkori & Teddlie, 1998) (From Lund, 2012).